View cart “Bedtime Story” has been added to your cart. 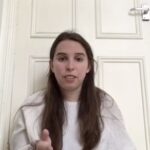 Emily Lazerwitz’s recent work touches upon on gun fatalities in the US, global terrorism and censored CIA documents from the FOIA archives. As a politically engaged American artist and mathematician, she often explores this through the intersection of art, craft, technology and language in her data based textiles.

In this example, Lazerwitz’s data based textiles piece ‘DOC_00000200100.pdf’ is from an ongoing series named ‘The Archive’ started in 2017. Crucially, Lazerwitz displays reconfigured data representing terrorist attacks in the United States. Notably, she sources these from the Global Terrorism Database. After this, Lazerwitz then formats them, mimicking the style of redacted government intelligence documents. Subsequently, she represents each attack through a series of letters, followed by black bars. Finally, she shows the listed time period on each rug, at the bottom right corner.

Additionally, Lazerwitz’s use of the rug also implies a sense of craft and the hand-made. In particular, it connects the work to a long heritage of contemporary textiles, most specifically the work of Anni Albers, Sheila Hicks and Brent Wadden. As such, Lazerwitz presents a multi-layered and complex work, part historical document, part art-historical. As a result, it is a striking piece that marks a defining moment of history.

Equally important, Lazerwitz continuously explores themes of patterns and code in her work. As well as this, Emily also uses redaction in much of her other work. Importantly, similar themes appear in her redacted books series, as well as in other objects such as rugs and scarves.

The Romance of Canterbury Cathedral, 2020